“For the past three years, I have devoted myself exclusively to studying the activity of distant water fishing fleets operating in the South West Atlantic Ocean and using the port of Montevideo in Uruguay.”

Sabina is midway through an investigation of a recent Chinese vessel, LU RONG YUAN YU 606, that has been detained for allegedly squid jigging in the Uruguayan exclusive economic zone (EEZ). When we interview her she describes what she has learnt so far. The pieces are forming but there are many unknowns and you can really sense the challenges with her work.

Each day Sabina continues to gather new information through corridor conversations, talking to technical experts and speaking with those who participated in the seizure of the ship. Her research includes using four different maritime analytics platforms.

Each of these software platforms are popular tools that support fisheries monitoring, control and surveillance, but Starboard is her favourite.

“The first programme I use now, everytime, is Starboard. I have everything in one and it is real-time”

Sabina gathers information and then will come back to the platform to verify what she has learnt, often this uncovers new insights to continue her investigations and interviews.

“Before it even appeared on the news I heard about it. I went to my Starboard map to see what I could find and I found that there were actually three vessels, not one.”

She quickly found out that there were 28 crew members (14 Chinese and 14 Indonesian) onboard the vessel. Armed with additional information on the two sister ships nearby, she was able to enquire about the wellbeing of all crew members in the fleet.

“I was going to talk to the maritime authorities. I went with a friend of the union but they could not talk about their investigation. We asked about the crew of all three ships. At first some tried to divert attention from the presence of the other two ships in Uruguay’s EEZ, but they had to stop when I showed them on the map and expressed our concern for the welfare of their crews.”

The three vessels are part of the same fleet and owned by the same company. Fishing lights were not observed on the other two vessels. The LU RONG YUAN YU 606 was pursued for 12 hours before it was captured by the ROU 23 MALDONADO.

As Sabina’s investigation progressed she was able to contrast the version of events disclosed by the national maritime agency with what she could see on Automatic Identification System (AIS) data.

“The most relevant counterargument [to the seizure and arrest] I obtained is that, according to the captain, he fled from the Uruguayan warship because he felt intimidated, because he did not recognise that it was a Navy ship.”

The captain of the LU RONG YUAN YU 606 stated the Navy ship did not turn on their AIS until 12 hours into the chase so he was unable to recognise that it was a military vessel.

“I remembered that Dave at Starboard had pointed out to me in his AIS analysis that the ROU23 arrives to intercept the squid jigger with the AIS off and turns it on during the chase. I checked again on my Starboard and the AIS does not support the Captain’s version but that of the Navy. I loved being able to check the versions with the AIS!”

The ROU 23 MALDONADO arrived around 20:30 and after an hour of radio chatter followed by nearly an hour long manoeuver, due to unforeseen events, they turned on their AIS and began to pursue the vessel. AIS points in Starboard show that the first report from the ROU 23 MALDONADO was at 22:17 on Sunday evening. This was in the early stage of the overnight pursuit and at this time the vessels would have been around 8nm apart.

The requirements for having an AIS fitted aboard a ship means that in many cases, unless mandated by the flag state, fishing vessels do not need to carry this device.

“This is tough, really tough. I think the problem is the Chinese fleet. In all the platforms you have flying ships that cross continents at 100miles per hour [due to poor quality equipment or intentional spoofing], or vessels in two places at the same time. I don’t see those issues as often with other flags like the Spanish or Uruguay fleets. The Chinese fleet is the most confusing fleet. Everything is not coherent. How were they in the middle of Antarctica two days ago and now they are in Montevideo?”

The vessel in question had extensive periods of missing AIS during its time fishing in the high seas of the South West Atlantic. It was reporting on a vessel monitoring system (VMS) as required by China and this reporting was given to authorities on request. VMS reporting requirements vary by flag state and RFMO–the reporting for the LU RONG YUAN YU 606 to its flag state was generally done on an hourly basis and the detailed position data provided to Uruguay was twice daily.

The LU RONG YUAN YU 606 was unlikely to be required to report on AIS and during its 245 days at sea it had periods of missing AIS for a total of 2195 hours. The equivalent of 91 days.

Starboard makes the most of the available vessel location data by considering the spatiotemporal nature of the vessel’s movements—where and when has this vessel moved through time on the map? This allows Starboard to uniquely identify ‘loitering and missing AIS’ events. These events represent when a vessel turns off its AIS and then turns it back on in roughly the same location.

“If I compare it with other platforms, I think it is easier to identify AIS gaps in Starboard. In other programs the whole track is in lines of the same colour but of different widths, and that sometimes confuses me. In Starboard the code is simple so that anyone can understand and remember it. Especially, I like the way you represent loitering and missing AIS gaps, it is great.”

Missing AIS and loitering periods are shown with a dashed line and open circle. These events could be fishing activity or encounters and are an interesting event to investigate in a vessel’s history. In some cases the vessel may intentionally turn off their AIS, travel and then return to near its original position before turning AIS back on again.

Working out when to associate vessel locations with the same vessel record can also be a challenge. Often AIS software makes this match based on the vessel Maritime Mobile Service Identity (MMSI) number. However, AIS is not tamper proof and in some cases a vessel may be intentionally spoofing or misrepresenting its identity.

To help with this, if vessel details do not match exactly, AIS message types are different or reporting locations are impossibly far apart, a vessel is often split into two vessel records in Starboard to allow for better continuity of valid tracks.

“Especially with Chinese ships, when they have gaps in the AIS, sometimes the other programs split its AIS record into many parts–before and after the extended gap. It’s difficult then to find which one is suitable for the time period one is looking for. So I always use Starboard first.”

The LU RONG YUAN YU 606 was displayed as two vessels in Starboard which prompted Sabina to ask for more information from Dr Dave Kelbe, one of Starboard’s scientists.

“I was impressed with what Dave sent me. All the examples in the Starboard map, it was like a class. He showed which ship to use and how to tell that it is the same vessel. It was easy to understand even though it was so technical.”


Looking for dark encounters can really slow an investigation down

When two vessels meet at sea this could be for the exchange of fuel, supplies, fish or crew. These encounters are visible if both vessels have their AIS on during the meeting and the LU RONG YUAN YU 606 had several encounters like this during its 245 days at sea.

Missing AIS can mean missing encounters but this is hard to verify when you are looking for data that is literally not there. If only one vessel is reporting on AIS it is possible to identify potential encounters, these are sometimes described as one-sided encounters or dark encounters. This may look like a carrier ship or tanker loitering in an area.

LU RONG YUAN YU 606 is shown as having a short encounter with HAI FENG 618 in Starboard. This encounter is recorded as being substantially longer in the vessel’s logbook during which time 182 tonnes of squid were transshipped. The period of loitering by HAI FENG 618 most likely represents the much longer transhipment as a one-sided encounter. This period was around eight to ten hours, most of which LU RONG YUAN YU 606 did not report on AIS.

The vessel spent much of the season in very busy fishing grounds without reporting AIS. This means dark encounters were extremely hard to find.

“I was also searching Skylight today, to see the transshipments but because of the way the data is presented it can take time to verify encounters and dark encounters. So I gave up on verifying it there."

Advanced vessel filtering can help to cut through the maritime noise. In this case no other carrier ship or tanker reported a position near the LU RONG YUAN YU 606 long enough for a validated dark encounter.

“I like Starboard because someone has thought of everything you need to know about the activity of the ships you want to monitor and shows it to you in an orderly and practical way, so you don’t have to waste time thinking about what to look for or how to find it.” 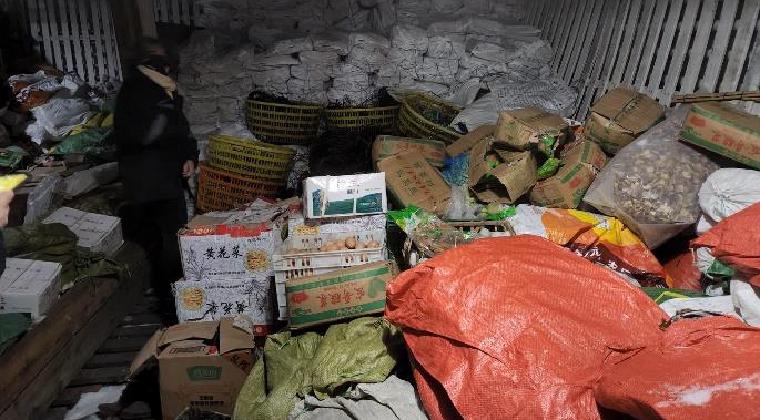 X-ray of a justified but flawed procedure. An investigation into the seizure of LU RONG YUAN YU 606 by Sabina Goldaracena. 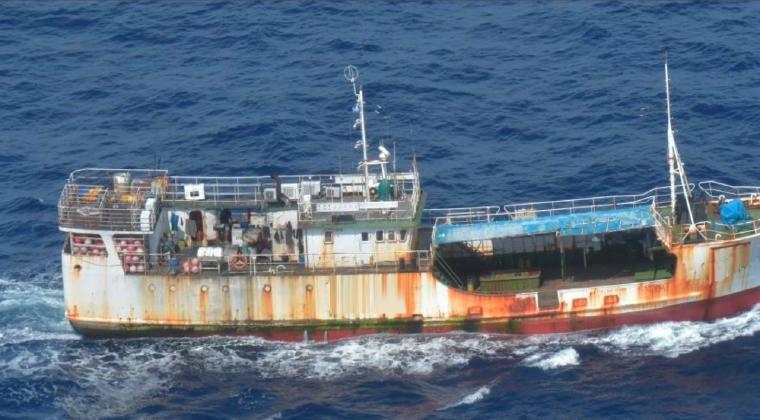 Satellites used to search for illegal fishing in Tuvalu’s waters. Nearly 60 satellite scans of Tuvalu’s exclusive economic zone (EEZ) have been obtained since December 2021 as part of a pilot project under the World Bank-funded Pacific Islands Regional Oceanscape Program (PROP).